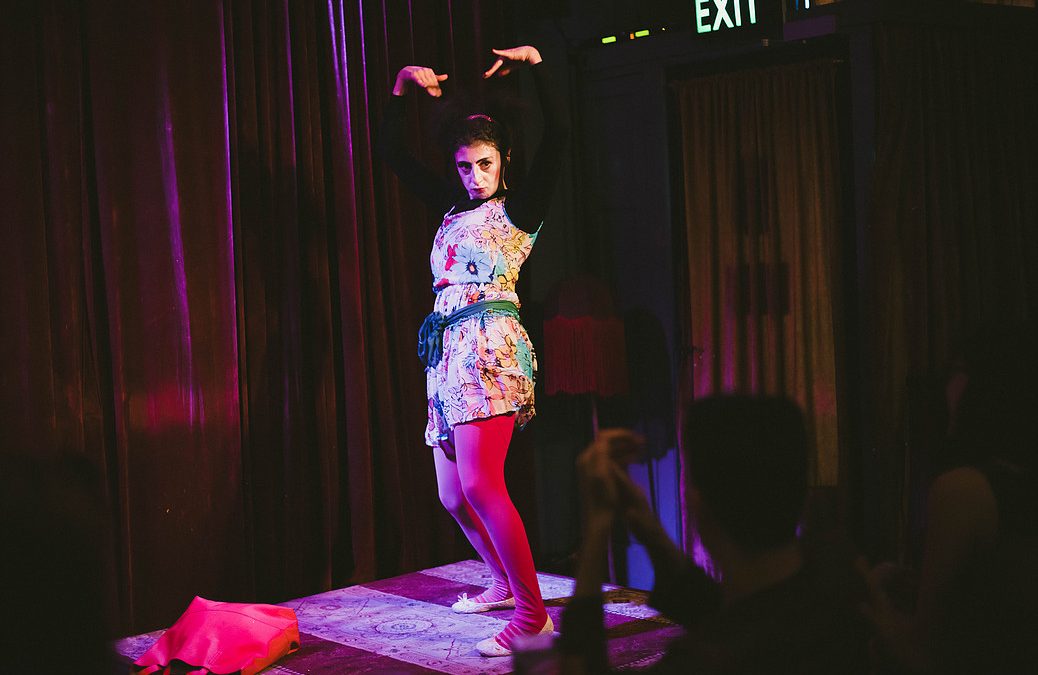 Many Australians can recall singing ‘God Save the Queen’, hand on heart, while facing a stage. As a colonial outpost, Anglo-Australian society often looked to England for guidance on cultural matters, but in doing so we tended to overlook homegrown stories and it reflected on our cultural life.

‘Australia has a massive cultural cringe, which for so long has been modelled on British theatre,’ says playwright and director Andrea James. ‘I think the theatre world here is still very much laden by the white Australian foundation.’

After years of agitating from inside as well as outside the theatre industry, change is beginning to occur. However, advocates are not just calling for more Australian stories. The demand is now for Australian stories — and casting — that offer a truer representation of who we are: a multicultural nation with the oldest continuing Indigenous culture.

It’s not only our stages that need to be less ‘white’ and more inclusive of marginalised groups, it’s the arts across the board. But theatre is unique in terms of its energy and ability to engage with the hearts and minds of live audiences. ‘There is just something really wonderful about writing words and then being able to sit in the audience as they watch it unfold,’ says playwright Disapol Savetsila, whose play Australian Graffiti was staged by the Sydney Theatre Company (STC) in its 2017 season. ‘I think that’s why I write theatre, because you get to see people react in real time — you get to see the effect that you’re having.’

For Disapol, this effect includes engaging directly with an audience who may frequent Thai restaurants — the setting for his play — yet have little grasp of Thai culture beyond this. ‘You very rarely see Thai stories on screen or on stage in Australia. So that’s one reason why I am doing this work on the STC stage. A big part of the audience is white Australians. I’m approaching their assumptions and delving into it to explore it a bit further, trying to engage with ideas that every single one of those people have as they come in.’

Andrea wrote her first full-length play in response to the Yorta Yorta native title claim. ‘I could see that our experience was being utterly misrepresented by the mainstream,’ she says. ‘But then when we lost the claim, it made me even more determined to write as a kind of right of reply to that judge.’

Writer and performer Kim Ho produced the report, ‘Cultural Diversity in Australian Theatre 2017’, by analysing 95 productions across 10 main stage theatre companies. ‘The picture is grim,’ he writes in the main findings section. ‘Only four out of 95 productions are both written and directed by artists of colour, compared to 70 written and directed by white artists — over 17 times more.’

Kim acknowledges he does not take into account current programs designed specfically to improve representation. In New South Wales, such programs include the Belvoir Artist Workshop for ‘people who have been historically shut out’ and the Lotus Playwriting Project, initiated by Playwriting Australia in partnership with Contemporary Asian Australian Performance, ‘to energise a groundswell in contemporary Asian-Australian theatre.’ Such important initiatives are critical in helping to develop and attract diverse talent, because concerted effort continues to be required to break down barriers. When new theatre company SheShakespeare announced an all-female cast for their upcoming production of As You Like It, one person commented, ‘This is the whitest cast I’ve ever seen.’ Another said, ‘Doesn’t matter what the cultural background is actually as long as the best actors are selected for the role!’, to which writer Benjamin Law responded, ‘So what you’re saying is that only white actors happened to be good enough, even though a third of the population isn’t Anglo-Celtic. Why does this sound so suspiciously like the arguments all-male workplaces use to exclude women?’

The term ‘diversity’ is, in many ways, inadequate in capturing the radical transformation required beyond the cosmetic. Our cultural backgrounds, linguistic repertoires and lived experiences influence the way we think, talk and tell stories, and truly integrating these ways of being into all aspects of theatrical work enriches us beyond measure. The seed of inspiration for Disapol’s play, for example, was an image he had of imaginary Thai graffiti on the side of a church wall in an Australian country town. For Andrea, her cultural heritage is a profound influence on how she works. ‘Most of my work gets channelled into a two-act play when it could be something else, so the form can say as much about diversity. The way that I work is very instinctive, there’s a lot of time for waiting, there’s this Aboriginal concept, gulpa ngawal — a deep listening I try to tap into. I feel that way of working is as valuable as the “well-made play” structured to the nth degree that’s plotted out in a, well, male way. I don’t write or think like that.’

An important source of multicultural stories has been recent theatrical adaptation of books like Thai-riffic! by Oliver Phommavanh, Carpentaria by Alexis Wright and Where the Streets Had a Name by Randa Abdel-Fattah. Writer, actor and auteur Aanisa Vylet performed in the latter, working with Monkey Baa Theatre Company’s Eva Di Cesare. ‘You can see that she is really listening, the way she approaches developing a story from a different cultural background,’ says Aanisa. ‘It’s very rare to find someone who will give the time when they’re dealing with a different cultural background; who will give over that much of their attention and their heart.’ During 2016, Monkey Baa also staged another adaptation, The Peasant Prince, a play for children based on Li Cunxin’s celebrated autobiography, Mao’s Last Dancer. Jenevieve Chang, author of the recently published memoir, The Good Girl of Chinatown, acted in The Peasant Prince and toured across Australia with it. ‘Aside from its specificity as a story about the cultural revolution in China and a dancer’s journey, its themes are universal,’ says Jenevieve. ‘A young boy overcoming all odds, a mother’s love and the fight for both physical and artistic freedom.’

Jenevieve lived overseas for almost 10 years, most of that time in the United Kingdom. ‘When I was working in the UK, my creative “tribe” tended to be those I shared the same musical taste with, or fashion, or artistic philosophies. But in Australia, my artistic philosophy has become inextricably tied to my cultural background,’ she says.

Although Jenevieve feels ambivalence about being so strongly aligned to her cultural heritage in regards to her work in Australia, she believes this is a critical time for change. ‘There is a sense that we’re going through a growth spurt in accepting and negotiating difference on our stages.’ She adds, ‘I think the next step of where we’re at is people learning to read into the nuances of subjective individual experiences — and understanding that an individual doesn’t necessarily speak for a whole culture.’

There’s still a lot of work to be done but all these steps are contributing to developing an Australian theatre culture that is more representative of who we are, which will attract more diverse audiences as well. Ultimately, seminal works will also benefit. When auditioning for Sport for Jove’s 2018 season, Aanisa brought her full self into the room and landed several roles. ‘I performed Shakespeare in a suburban accent and was able to bring my culture — what I know, who I am — into a world very different to my own. I was able to bring those worlds together.’

Sheila Ngoc Pham is a writer and producer working across radio, community development and public health. She’s had two short plays staged and was a performer in Stories Then and Now.