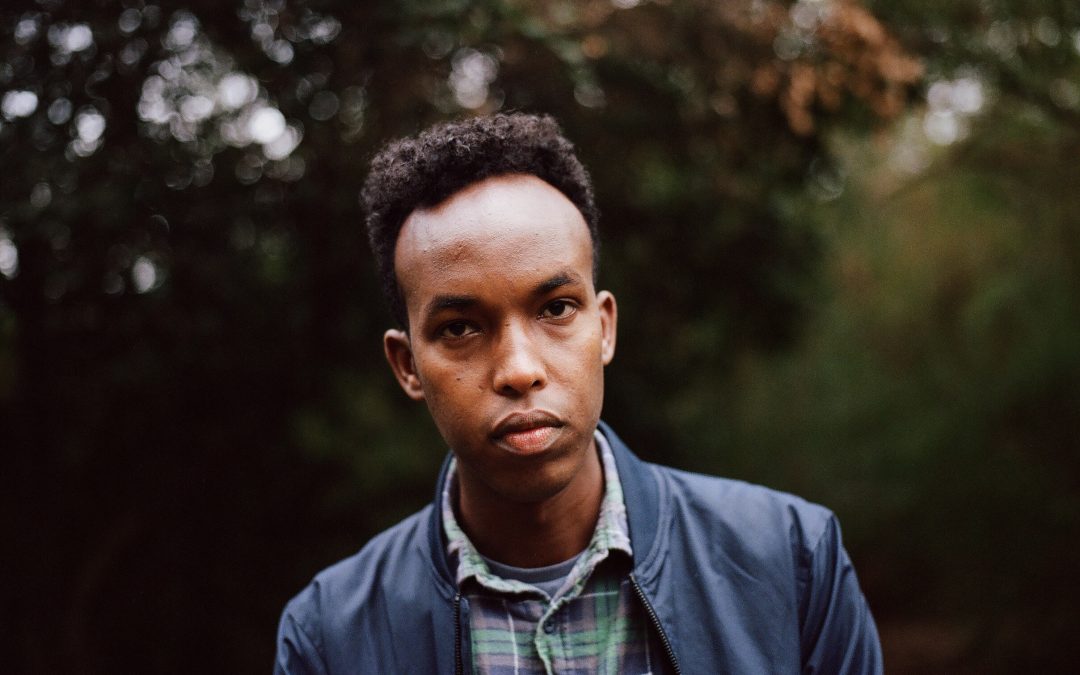 During an intermission between sessions at the first Boundless Festival in 2017, I found myself sitting outside a café in Bankstown, having an iced coffee with a friend of mine from Sydney. It was a bright, sweltering day, the kind that made white walls difficult to look at directly. We were talking about the session we’d just attended, called Deadly and Hectic, a critical dialogue between four Indigenous writers and four migrant writers, facilitated by Winnie Dunn, a Tongan-Australian writer, and Evelyn Araluen, a writer of Bundjalung descent, born and raised on Dharug country. 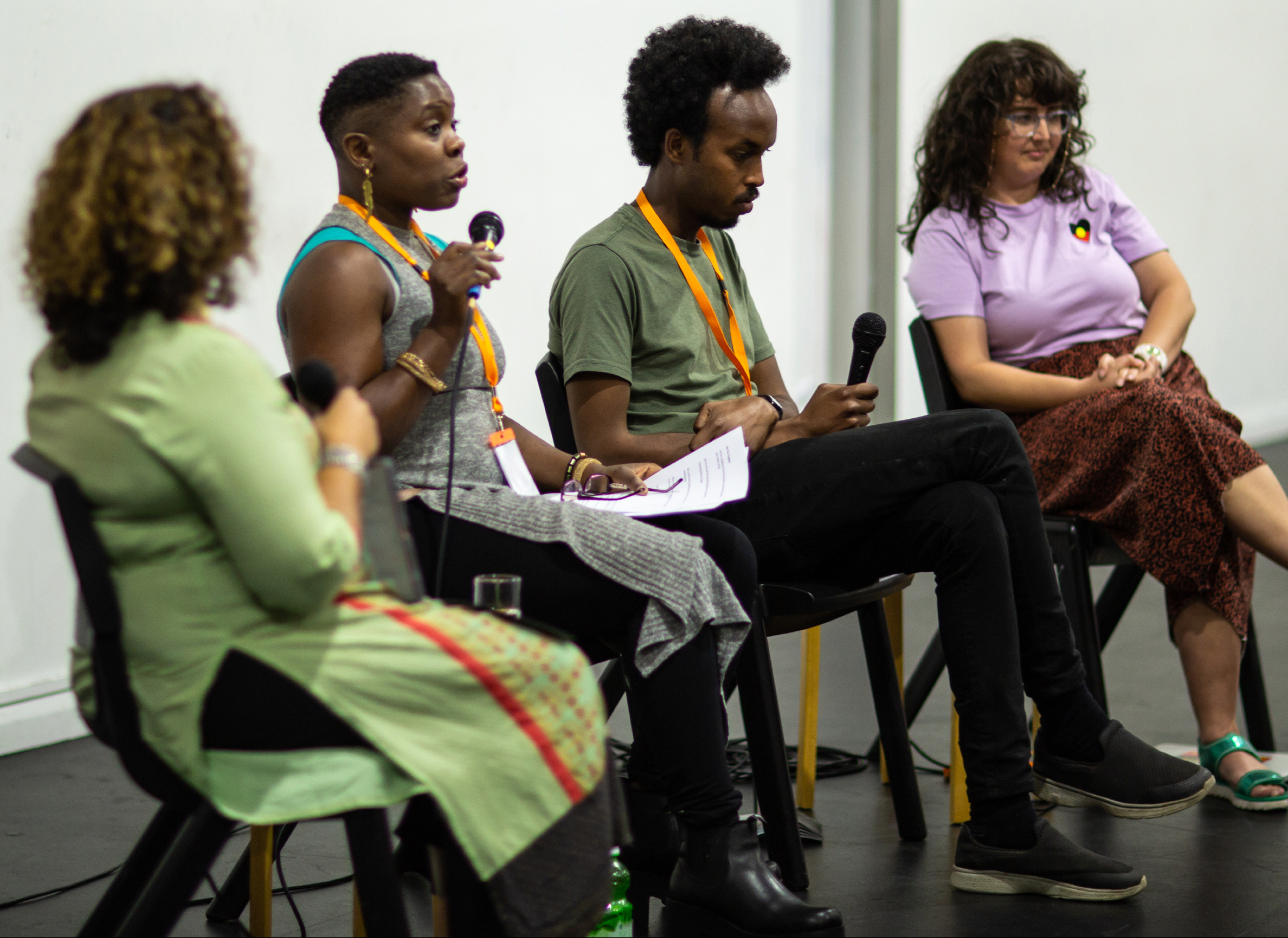 My friend asked me what I thought of the event and I told her that it was so good, and there was so much contained in the word ‘good’. The conversation between the writers was electric and compelling, undergirded by a sense of understanding between the writers on stage about how rare an event like this was, held on stolen land, in a country that seems so often blind to its legacy of violence and dispossession, between descendants and ongoing victims of those legacies. I remember trying to form my impressions of the event into words, and I realised with a start that my habits and strategies of thinking around literary panels, readings, and events were not helpful. There was no precedent to this in my mind, not on this scale. Maybe one or two panels, but a whole festival featuring only diverse writers?

I thought of an observation once made by Jean-Paul Sartre about Frantz Fanon: he stressed that it was of utmost importance for white people to become comfortable with being spoken about but not spoken towards, and to do otherwise was to be complicit in the vast and ongoing project of colonisation. This wasn’t a metaphor. The work of the writer is not at all separate from flesh and blood living. Our stories aren’t separate to the conditions of our bodies. Making space is not about sheltering from the storm, it’s about assessing the damage and beginning the task of rebuilding by hand, both within and between communities. In the audience that day, I felt this and I felt it deeply. 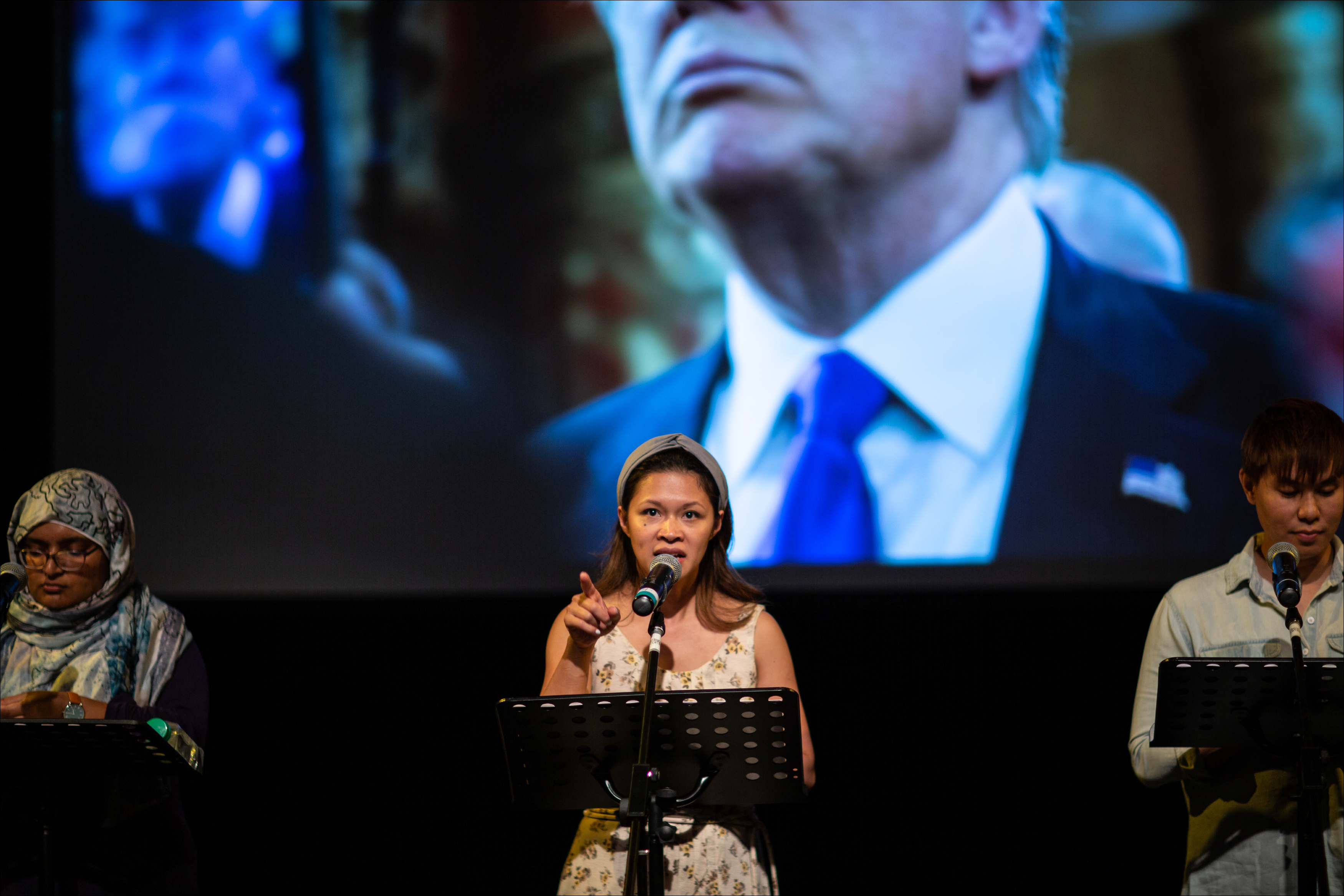 Two years later, I would return to the Bankstown Arts Centre, this time on stage, for an event about speculative fiction and the transformative power of imagining alternate worlds. My fellow panelist, Wiradjuri writer Hannah Donnelly, spoke eloquently about how her capacity to consider Indigenous speculative futures is a vital part of her ongoing work towards liberation in the face of climate trauma and is baked into her practice of living. Looking out at the faces of the audience who had come to hear two African migrant writers and one Indigenous writer speak about their craft stirred in my memory that sweltering scene from 2017. Here we were, in so many words …